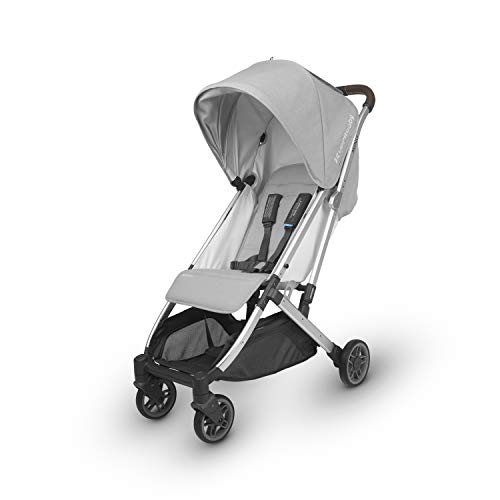 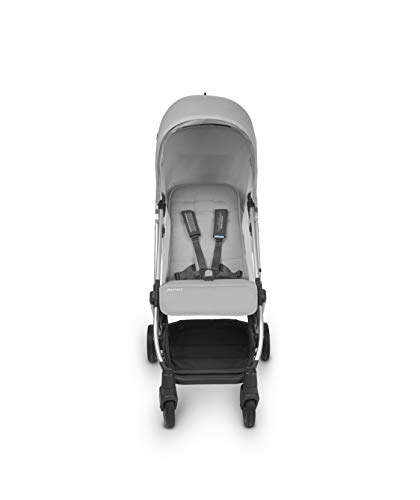 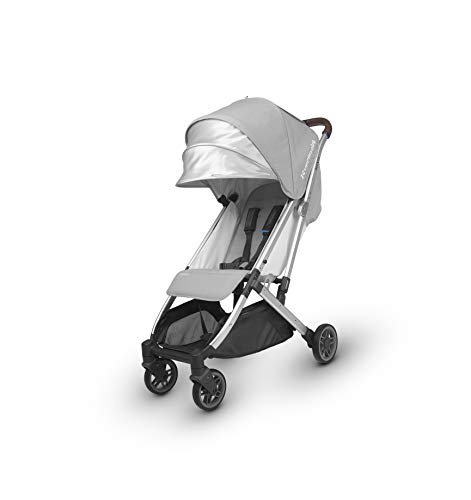 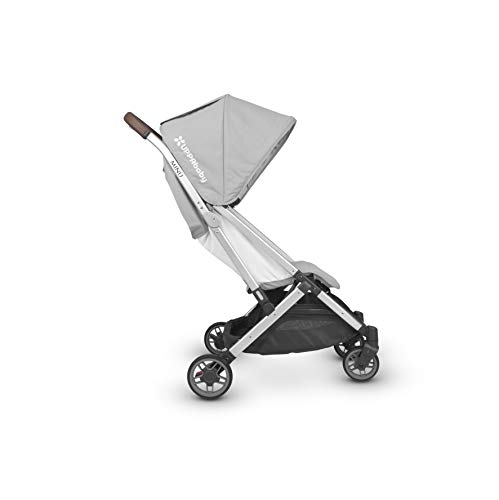 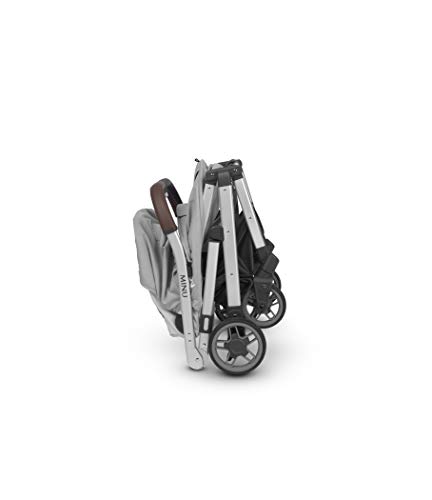 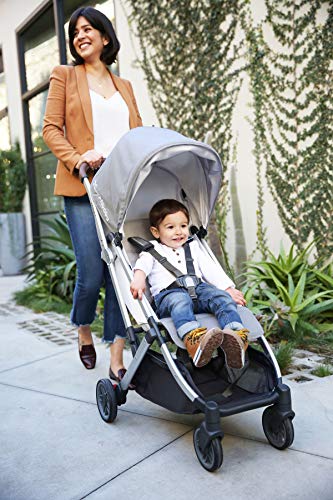 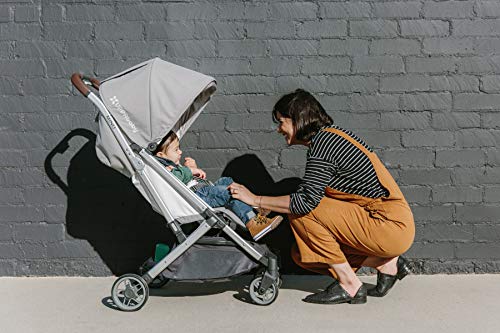 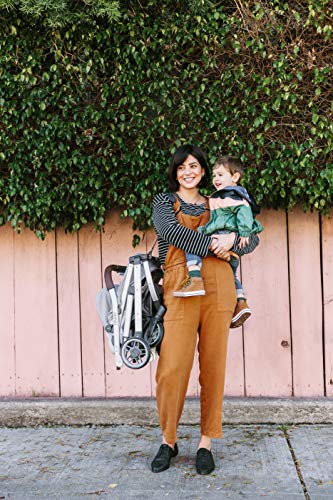 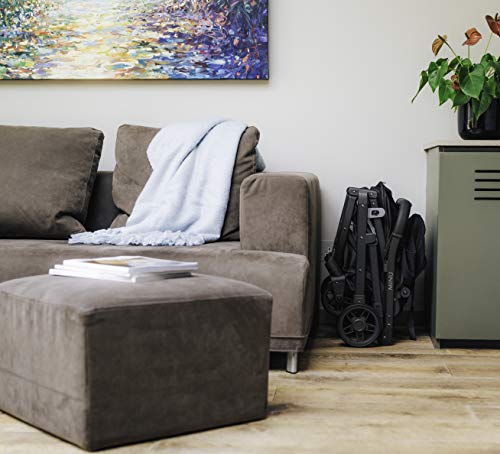 and the Babyzen Yoyo. 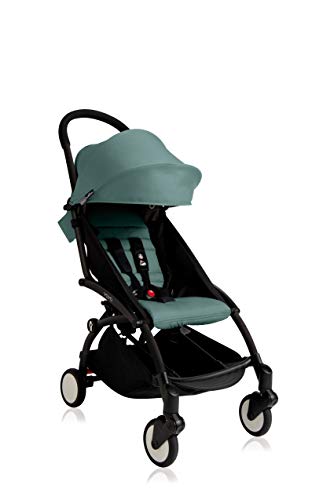 That’s why I couldn’t be more excited to write this review because the Yoyo Plus and the Minu are my personal favorites because they are just one of the best. And I know that if you are somehow familiar with these two, shopping might be quite a challenge. So, before you resort to tossing coins let me break everything down for you.

Here’s the skinny on the Babyzen Yoyo Plus and the UppaBaby Minu.

What’s great about the Babyzen Yoyo Plus and the UppaBaby Minu is that they will do great as a travel stroller and an everyday stroller. But for portability, I would say that the Babyzen Yoyo Plus has the edge because it is just more compact and smaller. It is slimmer when folded and lighter by about a pound.

Although both strollers are small enough to fit inside overhead compartments of airplanes, the Babyzen Yoyo Plus would most likely qualify to be a carry-on luggage in most airplanes. There are people though who were able to hand carry their Minus inside the airplane but it is best to check first with your airline before traveling.

Even the storage basket of the Minu is bigger. It can hold as much as 20 lbs. and has a wide front and rear opening which makes it very convenient to put in and pull out stuff.  The Yoyo Plus, on the other hand, has a storage weight limit of only 11 lbs.

These strollers are light but strong and are designed to be travel- system ready. You can use the Minu and Yoyo from birth until toddlerhood. For smaller babies it is recommendd to pair it with either a From Birth Kit for UppaBaby and Newborn Pack for Babyzen. An infant car seat can also be installed in both strollers.

Aside from their own car seat brands, BABYZEN iZi for Babyzen and Mesa for UppaBaby, they are also both compatible with infant car seat brands such as Maxi-Cosi, Nuna and Cybex.

As mentioned earlier, you can use the UppaBaby stroller earlier and without the bassinet as soon as your baby reaches 3 months. For the Babyzen Yoyo Plus, you have to wait until 6 months.

What I like about the Yoyo Plus is that it can be attached with a Babyzen Yoyo Plus Board  at the back of the stroller for your older child to to ride along.

Both are amazingly smooth to drive because of the all-wheel suspensions. Although both are not for rough-road use, the Minu and the Yoyo Plus perform quite well on slightly bumpy surfaces. But Babyzen Yoyo Plus’ Soft Drive system is an impressive feature that gives it an edge over the Minu in this aspect. The Soft Drive system automatically stabilizes the front swivel wheels when driving on rough terrain without the need to lock them manually. It is easier to maneuver with one hand at the slightest push.

Now let’s check the ease of folding and unfolding these strollers. I used to think that the Yoyo Plus had the best fold, not until i met the Minu.  The Babyzen Yoyo Plus is relatively easy to fold but would require both hands at first to press the side buttons and to fold the canopy.

Watch the demo below.

But with the Minu, all you need to do is put your hand on the handlebar, slide the slider and push the button. Tada!

It’s a joy to fold an UppaBaby Minu. You can really do it with one hand!

I find that the Minu has a more generous UPF50 canopy, it has 3 panels and a pop out sunvisor at the front. As for the height of the canopy, both strollers have enough head room for tall kids.

The peek-a-boo window of the Minu is also well-thought of. Not only is it larger, it also has a magnetic lock which is a better option to the noisy velcro strips. The Yoyo Plus has one small and discreet peek-a-boo window at the back of the canopy.

Both strollers do not have built-in leg rests but the Minu’s seat extends a little downward to the front, which kind of compensates for the lack of it. As for the Yoyo Plus, it also doesn’t have a leg rest too but you can buy one as an accessory on Amazon.

These strollers both have horizontal fixed handlebars that has a height of about 41-42 inches from the ground. Both can also be steered with just one hand. But because it is lighter, I find the Yoyo Plus to be more agile.

One aesthetic highlight of the Minu is its full-grain leather-covered handlebar which really looks nice.

These high-end strollers are quite an investment.

The Babyzen Yoyo Plus stroller is more expensive at almost $500 while the UppaBaby Minu is cheaper by a hundred dollars.

Check out package inclusions and designs at  Amazon

This is actually a tough call because I, myself, is torn between the two. But,  much as I want my stroller to be really compact and small, value for money is a top priority for me and I think the UppaBaby Minu will give me that. It is a wiser buy because my baby can use it for a longer time.  It also has a lot of features that far outweighs the smallness and agility of the Babyzen Yoyo Plus. And that fold is just amazing.

Check out what other users have to say about the Babyzen Yoyo Plus and the Uppababy Minu.

If you have any other questions about these strollers, just leave me a message below. 🙂